Promus of Formularies and Elegancies by Francis Bacon

The Promus of Formularies and Elegancies is a personal and private notebook containing a collection of phrases and terms written in Francis Bacon's own handwriting. "Promus" means larder or storehouse and this notebook seems to have been a collection of words to be used at a later time in some other literary work. Bacon wrote his notes in several different languages throughout his notebook. The original manuscript of Bacon's Promus is at the British Museum in the Harleian Collection (No. 7,017). We deduce that it was written about 1594-6, because folio 85 is dated December 5, 1594 and folio 114 is dated January 27, 1595. Pictured here is folio 85 showing Bacon's handwriting, its date, and the translation. This notebook was unknown to the public for about two hundred years, until Mrs. Henry Pott reproduced and published it for the first time in 1883.

Welcome To My Blog!

I am writing a book! This blog is my bulletin board for the research that I am doing in order to write my book. I may come across some interesting facts or just want to keep track of important quotes that I find in books.
Most of what I post is about the authorship question regarding Shakespeare's works, specifically that Francis Bacon is Shakespeare. Included are posts regarding Bacon's cypher messages embedded in his works attributed to his pseudonyms and interesting facts from Bacon's time. 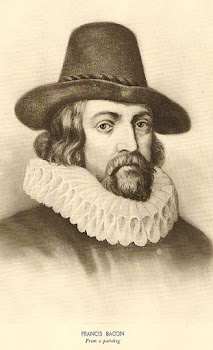 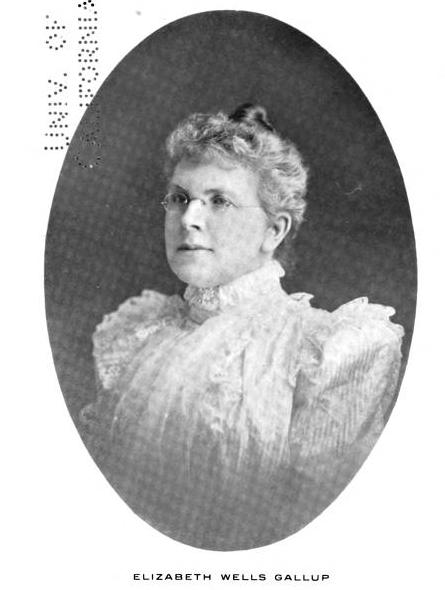 Elizabeth Wells Gallup was born February, 4, 1846 in New York. She was employed at high schools in Michigan and Illinois for about twenty years before becoming associated with Dr. Orville Owen of Detroit in 1894. Gallup assisted in the preparation of Owen's second volume, Cipher Story of Sir Francis Bacon. The following year, Gallup discovered Francis Bacon's Biliteral Cypher inserted and precisely illustrated in De Augmentis.
The biliteral cypher was incorporated into the original type using two typefaces to insert a cypher. After its discovery, Gallup set about to decipher messages from the First Folio Edition of Shakespeare's plays. It was a tedious process with unexpected and startling revelations. She traced the cypher through other original editions of works attributed to Spenser, Marlowe, Greene, Peele, and Burton, all now found to be Bacon's own.
In April of 1899, after three years of deciphering, she published a small edition of the first book, The Bi-literal Cypher of Francis Bacon.

To the Reader.
This Figure, that thou here seest put,
It was for gentle Shakespeare cut;
Wherein the Graver had a strife
with Nature, to out-doo the life:
O, could he but have drawne his wit
As well in brasse, as he hath hit
His face; the Print would then surpasse
All, that was ever writ in brasse.
But, since he cannot, Reader, looke
Not on his Picture, but his Booke.
B. I.

TO THE MEMORIE of the deceased Authour Maister W . SHAKESPEARE.

SHake-speare, at length thy pious fellowes giue
The world thy Workes: thy Workes, by which, out-liue
Thy Tombe, thy name must when that stone is rent,
And Time dissolues thy Stratford Moniment,
Here we aliue shall view thee still. This Booke,
When Brasse and Marble fade, shall make thee looke
Fresh to all Ages: when Posteritie
Shall loath what’s new, thinke all is prodegie
That is not Shake-speares; eu’ry Line, each Verse
Here shall reuiue, redeeme thee from thy Herse.
Nor Fire, nor cankring Age, as Naso said,
Of his, thy wit-fraught Booke shall once inuade.
Nor shall I e’re beleeue, or thinke thee dead
( Though mist) vntill our bankrout Stage be sped
( Impossible) with some new straine t’out-do
Passions of Iuliet, and her R o m e o ;
Or till I hear a Scene more nobly take,
Then when thy half-Sword parlying Romans spake.
Till these, till any of thy Volumes rest
Shall with more fire, more feeling be exprest,
Be sure, our Shake-speare, thou canst neuer dye,
But crown’d with Lawrell, liue eternally.
L. Digges.

Deciphered text from the original First Folio, 1623, reads:
Francis of Verulam is author of all the plays heretofore published by Marlowe, Greene, Peele, Shakespeare, and of the two-and-twenty now put out for the first time. Some are alter'd to continue his history.
Fr. St. A.